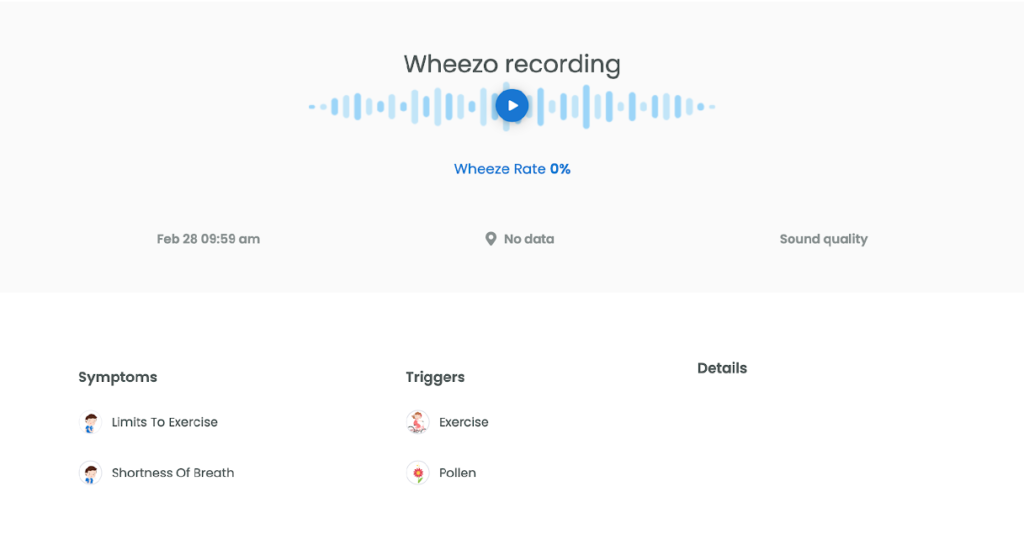 Our R&D team have been hard at work to improve the way that the wheezo app analyses your recordings.

The new wheeze algorithm means that we can extract more  information from the 30 second recording of your breathing. This means the algorithm will be smarter at distinguishing between wheeze and non-wheeze in your recording.

When a doctor is assessing breathing for wheeze, they use their stethoscope to listen to breathing sounds and check for a continuous whistling sound produced in the airways.

When you take a wheeze recording, the device records your breathing sounds like a doctor with stethoscope  and measures the sounds  with characteristics that relate to wheeze. Wheeze  contains multiple frequencies, and can range in pitch, volume and duration.

This data is sent to the wheezo app, which uses a special algorithm to analyse for patterns in the frequencies associated with wheeze. The algorithm then calculates the percentage of the total recording that contains wheeze over 30 seconds of recording time and reports it as wheeze rate.